First off I want to thank everyone who attended and wished me well at my sold out lecture on Pinhole and Night Photography yesterday! Thanks to David Brommer and B&H for giving me the opportunity to share my vision, I’ve been doing this for several years now but I still learned a lot while compiling my research. I did catch a cold the day of the lecture and my voice is officially shot after speaking for 2 hours!

This week’s photo of the week has been over 6 months in the making! Last October I went on a great 25+ mile bike ride that started in Brooklyn and continued up the scenic bike path along the West Side Highway. This is my usual route to work but I only get to take advantage of the wonderful views up until 34th street. Then, I met up with the infamous David Brommer, and we made a decision to explore the West Side Bikeway as far as our bikes and legs would take us. It was a beautiful day in October and a wonderful ride. We stopped several times for photos and yes, I confess, once for Dinosaur BBQ. Of course I had packed a 4×5 pinhole camera and lightweight tripod along. This black and wide image above was definitely the most amazing thing we saw! For some lame reason, I forgot about it and never had a chance to develop it until 2 weeks ago…What a pleasant pinhole surprise! I couldn’t remember where this was along the highway but I was determined to retrace my bike treads and find out more information. So last week after work, instead of biking south along the West Side Highway, I headed north and in less than 10 minutes, I started to find some answers.

was stamped onto a plaque on the grassy field in front of the ruin.
The top color image, and Official Photo of the Week, was taken as the sun set on a gorgeous May evening.
But now, I wanted more info – the who, what, and where of this Transfer Bridge story…

To understand what a transfer bridge is you must first know what a car float is. The car float is a specialised form of the train ferry. A railroad car float is an unpowered barge with rail tracks mounted on its deck. It is used to move railroad cars across water obstacles, or to locations they could not otherwise access, and is pushed or towed by a tugboat. Until the advent of post-war trucking, the railroads had 3400 personnel operating small fleets with 323 car floats, plus 1094 other barges, towed by 150 tugboats between New Jersey and New York City. Deep searches into the internet yielded this excerpt that Christopher Gray expounded further in the New York Times article from 2004:

To speed the operation, several designers developed suspension systems that raised and lowered the transfer bridge from an overhead structure. In 1911, the New York Central Railroad built such a system, designed by James B. French, at the foot of West 69th Street. French patented his design, which uses two separate decks raised and lowered independently and a wide shed running across the top to protect the lifting machinery.
French’s design “swept the field,” says Thomas F. Flagg, an industrial archaeologist who has studied and written about transfer bridges for three decades. Mr. Flagg says that such an operation could unload 800 tons of cargo in 15 minutes. To a non-specialist, the rail-car transfer seems unwieldy, but it is faster than a modern container crane, Mr. Flagg says.
In the mid-1920’s, the Long Island Rail Road built several float bridges of the same design on the East River at Long Island City; they accommodated 100-ton cars and could rise and fall 18 feet.
As American railroading – and rail freight in the Port of New York – declined drastically, these float bridges tumbled into disuse, and by the 1970’s were wide open for graffiti, vandalism and urban adventure. In 1998, Gantry Plaza State Park opened at 48th and 49th Avenues, succeeding the Long Island Rail Road transfer point there. The landscape architects Thomas Balsley Associates incorporated float bridges into the design.

I just ordered mine! 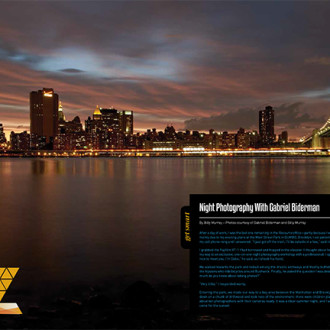 I’m thrilled to be featured in the latest issue of Resource Magazine.  The Biz section focuses on educators in the… 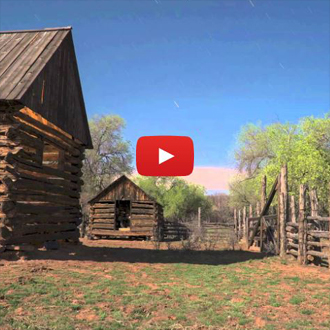 httpvh://youtu.be/5W_rf3Q-eyo Last Tuesday I gave my Night Photography lecture at the B&H Event Space to a sold out crowd.  I’ve…
Why just celebrate the year? Every month, day, hour, and minute is an achievement. You've earned it my friends! Cheers!