How far back does it go?
20 years ago my family bought a couple acres of land on this dirt road, in a small summer town named Alton; population 3,000 in the winter, 5,000 in the summer. Alton is located at the southern tip of Lake Winnipesauke, the largest lake in New Hampshire. For the enthusiast, there are plenty of outdoor activities like skiing, hiking, camping, etc. Besides the lake and mountains, the region is also known for being the setting of the book, Peyton Place.
When we moved up here from Boston, I left a graduating class of 500+ for an all time high of 54 at Alton Central High School. And when I told classmates that I lived on Youngstown road, they would whisper back, “The one with the haunted house at the end?”
We lived in the last house on the left. Only a wooden plank, with Youngstown Road painted on it, marked the dirt road. This ill-marked entrance was easy to miss as it was hidden up the hill and behind the bend. It was a quiet street, about a mile long, and ended at a makeshift wooden barrier. Beyond, the road became almost entirely overgrown; the woods seemed to push you along until it emptied out onto this open field.
An abandoned Matador car lay in a heap to the left, an ancient tree to the right, and in the middle of the meadow the 200-year-old farmhouse stared down at you.
It definitely looked eerie.
You couldn’t see the house from ours, the woods were too thick, but you knew it was there. As a big brother, I used to scare my sisters with talks of summoning the ghosts and monsters of the house.
It wasn’t until later, when I was into photography and playing with plastic Holga cameras, that I overcame my own fears and visited the house again.
It was the perfect ruin.
Peaking inside the windows revealed the years gone by: pots still on the stove, clothes hanging on the door, and did that curtain just move?
I never went in.
I was often times by myself in the meadow; the only sound was me trudging through the snow or mud as I took photos of this lonely place.
My younger sister told me later that she and some of her friends broke in. She was pretty spooked being inside, it must have been a serious dare. Inside they found a diary. It was the typical turn of the century talk of taking the horses down to town and how she missed her husband. No talks of spirits, but you could definitely feel them.

Youngstown became paved 13+ years ago and when they put a real street sign at the beginning of the road it now read Youngtown Road. The mile long street had now grown from 6 houses to 12.
Three years ago, my mother called to tell me that a family had purchased the house at the end of Youngtown road and the surrounding 200+ acres of land.
I was surprised and sad, for it was my secret little ruin no more.

On one of my next visits the Matador had been removed, and the house’s chipped paint was gone. The family that had purchased it was very keen to keep the original structure of the farmhouse. In fact the owners, Angie and Bob, talked about keeping the land as a nature reserve and offering camping sites for visitors.
In a small town, people look after each other. Even though my sisters were only 20-30 minutes away, my parents lived alone and it was nice to have life at the end of the road. That’s just what Angie and Bob did with my folks, especially helping them remove the snow that can bury the houses in the winter months of Northern New Hampshire.
During the first year of renovating, Angie and Bob invited my mother and I into the house. They really loved “this old house” and had heard that I had taken many pictures of it. Along with their 8-year-old daughter, Cassie, they gave us a tour. The house was barren inside. Gone were ancient artifacts of its previous owners. It was now clean and fortified. They weren’t living there yet but they talked excitedly about the whole renovation process. There was no talk of the house being haunted.
It seemed like the ghosts were gone.

Until Friday.
Sometime before 7am, shots were heard in the woods.
Cassie, was running through the woods, leaving a trail of blood that led to my parent’s door.
Her mother had shot her father.
She had tried to shoot her daughter, claiming the spirits were making her do it.
In the end, she took her own life.

It was a shock to my family, to the people of Alton, and Cassie…how do you survive?
We will forever wonder what went wrong at the end of Youngtown Road. Will the house continue to stand, hiding the secrets in its old beams, to be told only to those who listen in the silence of the night? 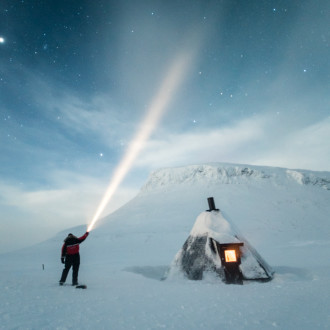 I’m thrilled to finally share some of my favorite shots from my Finland workshop with PhotoQuest Adventures. When the founders…