Is it really April already? I finally have time to post pictures of some amazing adventures that have happened this last month!
February ended with a blizzard and visit from my sister and nephews. On their first trip to NY they did the mandatory “Gabe tour” of walking the Brooklyn Bridge and Museum hopping. So this time I had to come up with a new itinerary. I just finished reading Metropolis, which is a very engrossing historical fiction account of NYC during the 1860’s. The author’s main character is the city itself and two aspects that she goes in-depth about is the building of the Brooklyn Bridge as well as the construction and maintenance of the sewer system. The highs and lows of the city are mirrored with many of the other “Gangs of New York” type characters throughout the book. So this got me to thinking about how New York is such an incredible infrastructure city. My nephews would be fine and dandy just riding the subway their whole time. Sorry, New Hampshire barely has buses, so when I took them to the NY Transit Museum which incorporates the old Court Street station, they were thrilled! The boys weren’t too interested in the history of the sandhogs and the work that went into creating the first underground subway system in the United States. However when they realized that they had complete access to all the subway cars from the 1930’s-80’s,  I didn’t think we were ever going to leave!  The subway museum was one of the first places I visited when I moved here 9 years ago and I highly recommend it for learning more about what makes New York so NY.
So what next? Take them to the Empire State Building? I remembered my good friend and fellow Photo of the Weeker, Brandon, taking some amazing shots of NYC from the top of the Rockefeller Building. What was so great about being on top of the rock is you are able to see the Empire State in all of its glory, which is much better then being on it! So 70 stories into the sky and we arrived at the Top of the Rock! A little snow was in the air and had put a brilliant light white coat over the city.
Click.
The next week it was off to Vegas. I go there for business a few times a year and as I am not a gambler the Vegas shine has worn off. However, one of my favorite things to do in Vegas is put a Lensbaby on my camera and go shooting around Fremont Street in Old Town. The more nostalgic neon signs are a perfect match for the creative focus you can attain with the Lensbaby.

Next up ~ Valley of Fire…

Which baby do you like? This is my little nephew, Ollie. I took these pictures on a recent trip to… 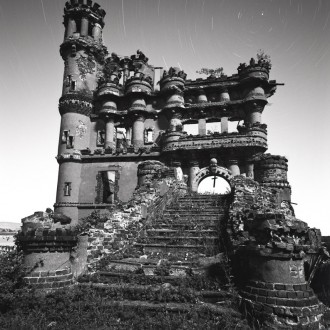 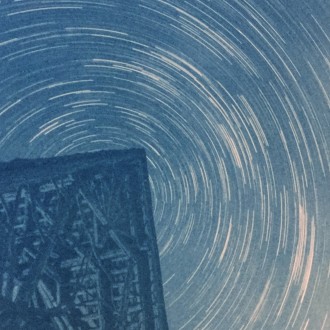 Once in a blue moon...We have all used this expression to describe an exceedingly rare event. But where does this…