When I was first getting into photography I was told that the easiest way to improve your images was to shoot during the magic hours, usually one hour before sunrise and one hour after sunset. For some crazy reason I chose the early morning hours to shoot. I was immediately impressed by the soft quality of light in which to work with but early mornings are really not my forte. I’m more of a late night guy and soon afterward a body of work began to emerge from this nocturnal shooting.
The magic hour of civil twilight, or the blue hour, has neither full daylight or complete darkness. It is one of my favorite times, whether I have a camera or not. The quality of light is amazing as the cobalt blue sky can quickly change to deeper shades of blue until complete darkeness.
How long this civil twilight lasts all depends on your longitude and what time of year it is. Twilight can last 15-20 minutes near the equator or several hours when you get closer to the poles. When I was in Alaska in the summertime, I remember twilight lasting until 2am.

In Brooklyn the civil twilight has been about 45 minutes lately. Luckily the other day I exited the subway just in time for a true magic hour moment.
The top image reminds me of something Brassai might have shot during his nocturnal adventures in Paris during the 1930s.
When I imported the images into Lightroom, my preferred program to process digital files, I converted the above image to black and white to create more of a dramatic look.  However I missed the twilight blue sky, so I started toning selenium and mixing the blues back.
I really like the end result. I’ve included another version of “Twilight Stop” that was not converted to black and white.
Which do you prefer?

For more info on the making the most of the magic hour check out Tim Cooper’s new DVD Magic Light – The Landscaper Photographer’s Guide. 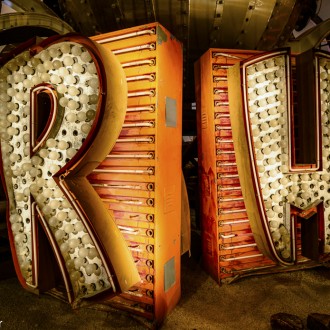 My family gave me my first camera when I graduated from college.  I'm not sure why they gave it to… 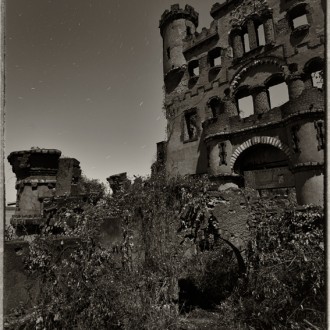