“We gotta do a night shoot!”

These were words I spoke to my good friend, awesome photographer, and fellow industry man Andre Costantini, over the last 6 months. You see, we’re neighbors here in Brooklyn, but we also travel so much that it’s sometimes easier coordinating on the road than it is seeing each other in Brooklyn!
However, in early October, we finally got our schedules straightened out and went out for a 4+ hour night photo shoot in the nearby neighborhood of Red Hook.

Founded by the Dutch in 1636, Red Hook still remains one of the most unique and isolated neighborhoods that Brooklyn has to offer. The Waterfront days of the Longshoreman, when Red Hook boasted 21,000 people, were starting to decline when Robert Moses finished building the Brooklyn Queens Expressway and the Battery Tunnel in the early 1950’s – effectively cutting off Red Hook from the rest of Brooklyn. Along with the loss of the dock jobs to New Jersey soon after, Brooklynites began to disappear from the Hook. Red Hook now harbors 11,000 residents, most of whom are activists and artists drawn to the old world charm and astounding waterfront views. Because of its isolation, Red Hook has remained relatively unchanged. It is home to the largest concentration of Civil War warehouses in New York and offers the closest full frontal views of Lady Liberty herself as she faces Red Hook and looks towards the statue of Minerva at Greenwood Cemetery.
Al Capone got his start as a small time criminal in Red Hook, along with his wound that led to his nickname “Scarface”. Red Hook also has been a literary inspiration to: “On the Waterfront” by Budd Shulberg, “A View from the Bridge” by Arthur Miller, “Last Exit to Brooklyn” by Hubert Selby Jr, and “The Horror at Red Hook” by H.P. Lovecraft.

Looking for photographic inspiration, Andre and I started out around 8pm with tripods and cameras in hand. Andre was shooting with the Nikon D200 and a variety of Tamron lenses and I had my trusty Mamiya 7 with the 65mm lens loaded with black and white TriX 400 film. Knowing that it was going to be a busy night we decided to energize up with some excellent burgers at the scrumpdiddlyumptious restaurant/diner named Hope and Anchor. With burgers and Brooklyn beers in our bellies, we set forth!
The first shot of the night was Andre’s “Visitation St” sign with what seemed to be a rebar cane hanging from it! The cobblestone streets led us to the recently refurbished and “gallerized” Beard St Warehouses, which can be seen in the second photo. Behind the Warehouses lie the remains of the Sugar Refinery as well as a small dock where some of the locals anchor their boats, as seen in photo number 3.
The second row of photos leads off with the old trolley tracks that lay between the Beard Warehouses. In the distance you can see the pillars where the water taxi drops off tourists as well as Lady Liberty dressed in white light. The tracks actually lead to two abandoned trolleys cars that were once owned by Bob Diamond. A modern day Don Quixote, Bob discovered one of the world’s oldest subway stations under Atlantic Avenue in Brooklyn in 1980. Built in 1844 by the Long Island Railroad, it was quickly abandoned, sealed, and forgotten by 1861. Bob had hoped to reopen the station and connect it with a trolley service to Red Hook as there’s no subway line that comes close to the neighborhood. It was never funded and Bob’s trolleys lie in a beautiful state of ruinism behind the Fairway Market that moved into the Van Brunt warehouse. This beautifully revitalized pre Civil War coffee warehouse now holds a vast amount of fresh food and veggies as well as killer lofts above. The middle two shots are Andre’s take on the trolley as well as documenting me demonstrating my night shooting techniques!
The first image on the last row is a Michael Kenna inspired shot of the Water Taxi docks in Red Hook. 26 Reed St is the next photo. This original Red Hook house is Ralph Balzano’s car shop and Men’s club for the locals. Speaking of locals, Ralph’s brother Sunny owns the bar in the last photo. Sunny’s great-great-grandfather opened this bar in 1890 and I can only assume that is Sunny’s car parked in front!
It was a great shoot that ended around 2:30am with a little nightcap at The Bait and Tackle Bar. 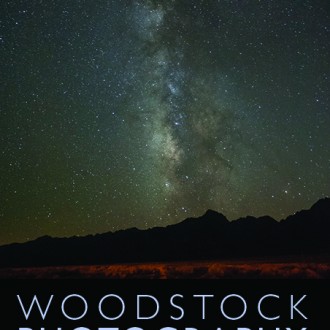 Seize the Night at the Center for Photography, Woodstock NY: I’m very excited to teach at Woodstock for the 1st…
Yes, welcome to the new look ruinism website featuring the fine art photography of Gabriel Biderman! The Portfolio section of…
photo by: matt hill photo by: gabriel biderman You know when you meet someone and right away it seems like…