April means two things to me:
The beginning of baseball and pinhole season!
Most of you are pretty familiar with baseball and know that I’m a die hard Red Sox fan. But how many of you know that the last Sunday of April is WorldWide Pinhole Day? WWPD is an international event created to promote and celebrate the art of pinhole photography. People are encouraged to take some time off from the increasingly technological world we live in and participate in the simple act of making a pinhole photograph. Their efforts will be published on the WWPD website.
Iâ€™ve decided to go a step beyond this and take a pinhole image every day this month. As it turns out, I will be spending WWPD in Pittsburgh,PA at the Symposium of Lensless, Alternative and Adaptive Photographic Process. This looks to be an incredible gathering of some of the top talent in the alternative process world.

Jo Babcock, who just might be the king of low tech cameras. Jo takes the most mundane objects and gives them life as a camera and then uses these cameras to look inward and capture what is missing in their life. His pinhole camera van now resides in the Smithsonian.

Craig Barber teaches at the Center for Photography at Woodstock and travels all over the world with his pinhole camera, focusing on the cultural landscape. Craig is also an amazing platinum printer.

Barbara Ess, an associate professor of photography at Bard College, whose otherworldly pinhole book I am Not This Body: The Pinhole Photographs of Barbara Ess

, was selected as one of the ten top photography books of the year by the Village Voice.

Alan Greene is an expert in mid-19th Century Cameras & Negatives. His book Primitive Photography: A Guide to Making Cameras, Lenses, and Calotypes

takes you step by step through the process of building your own cameras as well as teaching the photographic techniques of over a 150 years ago.

Patricia Katchur is the director of the Center for Alternative and Historic Processes right here in NYC. The school is dedicated to the process of do-it-yourself photography.

Terry King, from London, has been leading workshops for over 25 years on hands-on processes like gum printing, bromoil, cyanotype, and the rex process.

The Symposium of Lensless, Alternative and Adaptive Photographic Process is the brainchild of pinhole photographer Tom Persinger. Tom also founded and directs f295, an international organization with over 1000 members, interested in furthering the dialogue of the art of lensless photography.

[As an aside, in one of those 6 degrees of separation moments, it turns out that Tom was friends with my wife, Nancy, during their college years at Kent State!]

Along with the lectures and round table discussions various workshops will also be held on these alternative processes:
Pinhole, Camera and Lens Making, Cyanotype Rex, Daguerreotypes, Gum Rex, and Wet Plate Collodian.
Registration is still open for attending the Symposium and for only $120 it is an amazing opportunity to be part of a very unique and historic photographic event!

So this April fire up the grill, cook up some hotdogs and watch some of the good old American Pastime. While you’re at it, put aside the digital cameras, take a deep breath and step back in time to really explore what photography is all about.

See you in Pittsburgh! 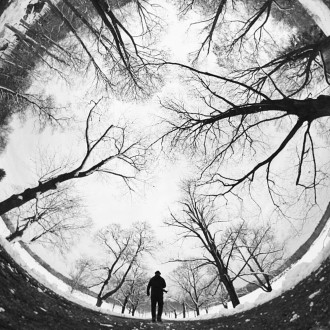 Tis the season to reflect back upon the year - your accomplishments, adventures, failures, and of course, pick yourself up…
I just got back from an amazingly intense week at the Maine Media Workshops where I took a Master Printing…

Were you able to see the total lunar eclipse on April 14th-15th?   I was fortunate enough to be out…